Epic Games, the creator and publisher of popular children’s game Fortnite, is no stranger to controversy. However, this appears to be their largest and strangest one yet.

As those of you who are under five may know, in the game you are able to do a number of dance moves in order to show off to your friends or annoy popular Twitch streamer Ninja after you kill him.

Some of the dances have been brought into question and some celebrities have even gone as far as to sue Epic Games over breach of copyright, claiming they stole the dances from them.

These people include 2 Milly, Alfonso Ribeiro, Russell Horning (aka The BackPack Kid) and now, of course, Theresa May.

One of our editors recreated what the dance would look like by combining well-known Theresa May movements with characters from the game. However, when playing it back his eyes and ears started bleeding and he fell into a coma that we aren’t sure he’ll wake up from.

This effect is not seen in those under 9 years old so Epic Games has gone ahead with the launch claiming that “No one over that age has ever been seen playing so it should be safe.”

The trial is set to take place on the 16th of March 2019, our InfoBomb reporters will be there to bring you all the details

Update: MI6 has declared the dance to be a Weapon of Mass Destruction and all copies have been subsequently destroyed.

Chess in its most common form has been around since the 6th century AD and has been enjoyed by billions ever since. However, due to the ever-changing climate we find ourselves in, some believe it’s time has come.

A group known as the ‘Black Chess Alliance’ (BCA) wrote an open letter to the UK parliament campaigning for the immediate removal of the game from the county and to stop the immediate production of any white coloured chess pieces.

A debate occurred at a local pub on the 27th of the January to decide whether having a rule that white must go first could be considered a hate crime to minority groups.

The chairman of the BCA came in to debate her argument with the opposition. Our top InfoBomb reporter has collected some of the key points in the conversation.

Opposition: “We hear the points you are making, however, we believe that banning a game because of a rule that doesn’t appear to have any race connotation is ludicrous.”

BCA: “This just shows how far back the systematic oppression of minorities goes, of course the white oppressors would portray that in their games.”

Opposition: “We’re not sure if you know this but the game was actually invented in India by someone who wasn’t white.”

BCA (Shouting): “That’s simply what this racist government wants us to think, it was actually created by the KKK during segregation in America!”

At this point the BCA chairman began taking out white chess pieces and threw them at the members of the opposition yelling “Take back your racial hatred!” and was quickly escorted out by security.

When we reached out to her for comment about a potential alternative to the game she said it should be,

“Chess but all black pieces”

When we brought up the fact that might get confusing to those playing she told us we were “cancelled” and blocked us on Twitter.

We will keep you updated with any further information and parliaments eventual conclusions.

In a shock announcement, Theresa May has decided that the outcome of the UK’s Brexit negotiations with the EU will be determined by a no-holds-barred cage match between Jeremy Corbyn and herself.

“I’ve had it,” the Prime Minister stated to a stunned press conference, while wearing a bracelet made from the ears of Jacob Rees-Mogg and Boris Johnson. “I’ve fucking had it. The deal is shit, let’s face it, but it’s the best I could do. If that tosser Corbyn wants a go, then bring it on. I’ll fuck him up like I fucked up this country.” 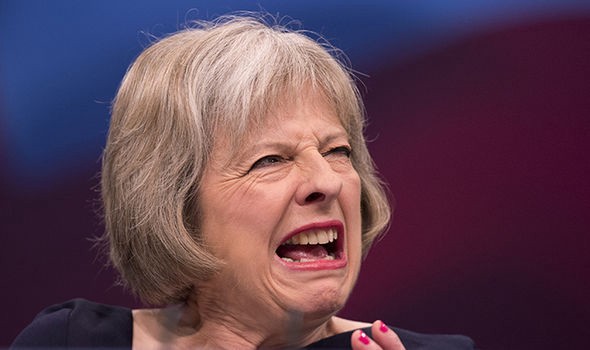 A response from Labour Party HQ came swiftly. After reading out a letter by David from Somerset for no particular reason, Corbyn announced that he would gladly accept the challenge. His intention, he claimed, was to sign a Brexit deal “for the many not the few” with ink made from May’s blood since “Tories may be blue but the bastards all bleed Labour red.” 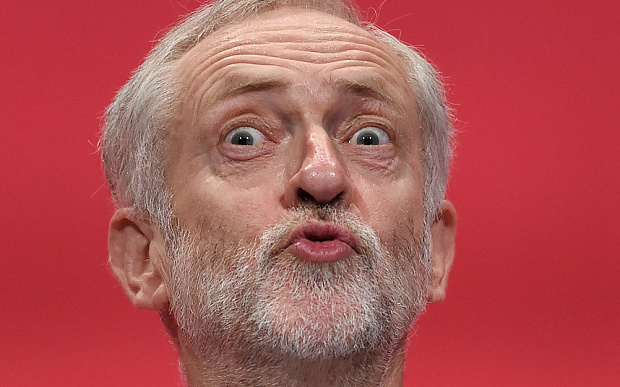 Bookies are divided on who will emerge victorious from the contest. Corbyn comes to the fight buoyed up by a wave of popular support, and is adept at wielding his chosen weapons of poisonous jam-smeared hammer and sickle. May, however, once emerged from a wheat field after single-handedly defeating a rampaging horde of blood-crazed dormice using only her personality, and is notoriously both strong and stable.

Infobomb has been informed that, in a stunningly-popular decision, both contenders intend to team up before the main event in order to beat the absolute living shit out of Nigel “Mr Toad” Farage. Tickets are on sale now; this is one leadership battle that you will not want to miss.

Shock hit the world today as Elon Musk announced that from this point on all Tesla vehicles will have the sound from the regular beep to a recording of him yelling the phrase “dont care virgin”.

“Not enough people listen to horns and they all sound the same, it’s 2018 and I want something that conveys their exact thoughts that people have when pressing the horn.”

He also went on to say that the update would be mandatory without the option to opt out.

When a spokeswoman from Car Horns alliance said that people should be allowed to choose the sound they wanted Elon simply pressed his horn and let his car say the rest.

As well as this, in a press conference last week, he announced a brand new car he had in the works.

The “Model Catgirl” or Model C as he is calling it is his new car to finally finish the S3X C lineup of vehicles. With fashionable ears and a tail, this pink car will be a hit with anyone who loves catgirls as much as he does.

After calling for a ban on milkshakes containing 39 teaspoons of sugar, campaign group Action on Sugar have dramatically escalated their activities by demanding that the BBC immediately cancel the Apprentice.

“For too long we’ve been concerned with the grotesque levels of sugar in food and drink,” stated campaign spokesperson Irma Gerd, “but now we feel the time has come to address the toxic influence of Sugar in media as well, and the Apprentice was the natural place to start. I mean, have you seen this year’s candidates?”

Opponents have hit back, claiming that adults are perfectly capable of making their own choices about what to eat, drink and watch, but Action on Sugar has dismissed this argument.

“The nonsensical ramblings of glucose-junkies,” their spokesperson responded. “We only want what’s best for people, and if they can’t appreciate that, they’re wrong.”

Our reporter phoned Lord Sugar for a response which was as follows: “What? Who the f*ck would come up with something so— is that you, Katie? How did you get this number?”

After launching a legal battle to change his age from sixty-nine to forty-nine, Dutchman Emile Ratalband has also announced that he wishes to be legally registered as a motor vehicle.

The idea apparently first came to him after he provided the voice for the character Vladimir Trunkov in the Dutch-language version of Cars 2.

“When you think about it, it’s not all that crazy,” said the trainer in neurolinguistic programming, when our reporter visited him in his padded cell. “We live in a time when you can change your name and change your gender. Why can’t I decide I’m a car as well as changing my age too?”

“My night-vision isn’t what it was,” Ratalband continued, in between running around our reporter making vroom-vroom sounds, “although it’s not bad for someone who’s sixt— forty-nine. If I had headlights that would never be an issue again. Plus I am pretty slim by motor vehicle standards. No getting stuck in traffic jams for me!”

It’s not clear how well the legal battle will go for Ratalband, who was recently banned from all petrol stations in the Netherlands after attempting to use a nozzle to refuel. However, all is not lost, as we have been informed he has just been accepted for a position with Uber.

It’s finally happened. Indian company T-Series has made history by surpassing YouTuber PewDiePie in subscribers. Press F for our former King of YouTube.

But whilst we have you here; do us a favour and click the following link to subscribe to PewDiePie and help him get to 69 million subscribers first. Nice.